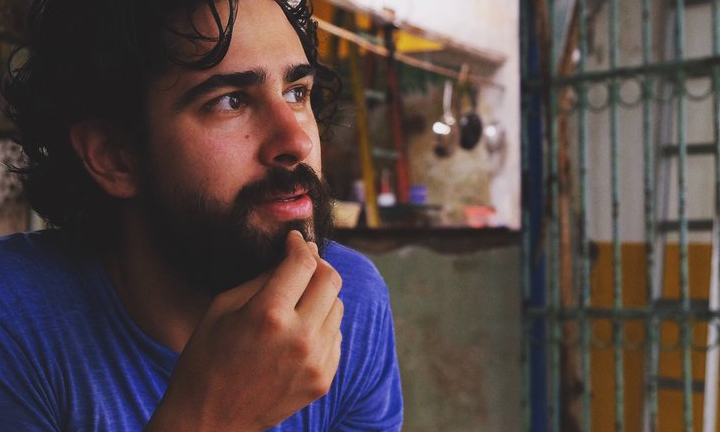 Jahn Sood is a New York based writer, composer and music editor (Motion Picture Editor’s Guild IATSE Local 700).  He recently wrote, composed and produced a short film called We Were an Island.  Music department credits include Music Editor: Zola (A24), Modern Persuasion (Tangerine); Assistant to Composer (Pat Irwin): Nurse Jackie Season 5-7 (Showtime), HBO’s Bored to Death Season 3, AMC’s Feed the Beast, Netflix’ The Good Cop, Peg Plus Cat (PBS) and more; Music Preparation: The Affair (Showtime), Gypsy (Netflix), Adam.  His original works for the theater including The Disappearing Man, In A Sea of Faces and others have been presented in New York, regionally and internationally.  He is a member of Roundabout Theater Company’s “Space Jam” residency and a recipient of “How the Light Gets In” a commission from NYMF and the ASCAP foundation.  Sood was  a founding member of Ezra Furman & the Harpoons and toured nationally with the group, and is a graduate of NYU Tisch and Tufts University.

Boston humans- sharing a stage dear friend @ezra.furman.visions for the first time in a decade and @nataliemishell for the first time in a few days! Come see us on Tuesday at @oncesomerville #music #intimacy #oldfriends
Congrats on the @sundanceorg premiere @janicza @jeremyoharris @kingofbingo !!! Had a blast music editing this wild flick. Incredible artists made a film about incredible human @zolarmoon
Goodbye world, hello snow.
California is mostly about the sun.
Save the date! Full circle in January. First time sharing a stage with @ezra.furman.visions in a decade, in the town where it all started. Performing with my @nataliemishell as always. Jan 28!
At least it settles in a final location. #californication #lalaland #cloudcover #losangeles #celestialtourism #planetarium #smog
Los Angeles friends. I’m at large in LA this week. Playing music with @nataliemishell on Thursday @thehotelcafe Acoustic versions of the songs from her new record. Also available for cocktails and writer’s room jobs. Thanks! #tourist #hollywood #indiemusic
#pacifico artist kids clean up. Celebrating the love of @drubiedoo and @racheljunebug
My Tweets
%d bloggers like this: