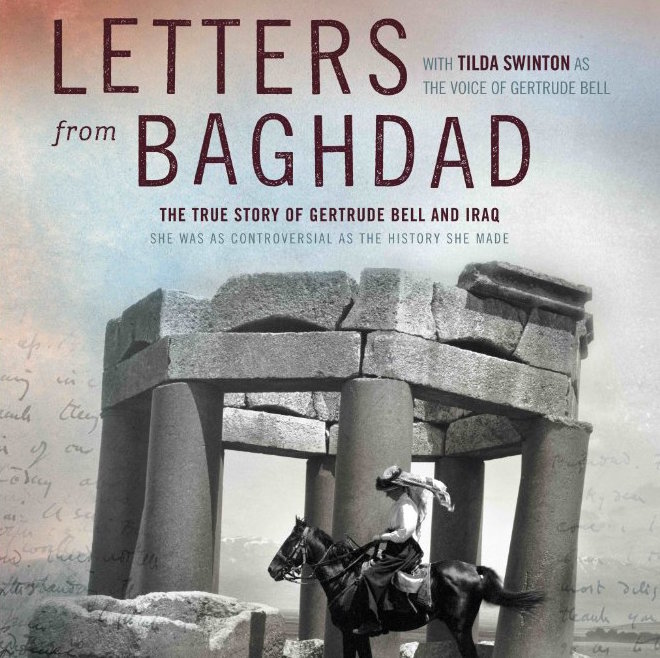 Recorded voice over for the filmmakers during their years-long writing and editing process.  Letters were later performed by actors as if interviews, making the documentary feel as if it had been shot at the time they were written.  The film went on to success in the BFI London Film Festival and other festivals around the world. The story reveals the truth about an influential woman in politics before women were in politics who’s correspondence laid the groundwork’s for today’s understanding of the political landscape of the Middle East.

Article in the New Yorker.

Psyched to be acknowledged in this community of artists I respect. And to have supported dream team Todd Haynes, Leslie Schatz, Affonso Goncalves and Adan Kurnitz on this project. @killer.films @motto_pictures @appletvplus #thevelvetunderground
Gonna miss this guy. 🙏🏽
Also! Came home and found out @thelostdaughterfilm made it to my block! Perfect New York thunderstorm discovery. #redhook
Psyched to share my current project as music editor, Cha Cha Real Smooth, is headed to premiere at Sundance 2022. having a blast supporting @coop_myself @dakotajohnson @robertlowry @christopherstracey @estehaim @endeavor @teatime.pictures @picturestart on the music edit. thanks @sundanceorg #indyfilm #feelings #needledrop
Back to ferry commuting five years later.
Man & mongrel, rock. Circa 2021.
My favorite needle drop from @thelostdaughterfilm was “I Told Jesus” from @officialrobertaflack First Take. So inspired by that film, and working with that song I bought this the vinyl. What a gift of a record. #musiceditor #vinyl #indyfilm @atlanticrecords @mgyllenhaal
Back to NY full force! Very happy to attend the N.American premiere of Todd Haynes’ The Velvet Underground tonight @nyff @appletvplus @motto_pictures @killer.films loved music editing this love song for New York City. #musiceditor
Psyched to attend the NY premiere of @thelostdaughterfilm tonight @thenyff I loved music editing this beautiful work by @mgyllenhaal !! check it out in theaters 12/17 and @netflix 12/31! #musiceditor #indiefilm